History of Rewa, like history of most other regions, is also characterized by rise and fall of many great dynasties and empires. These great dynasties and empires have left behind vast heritage and legacy in the form of architecture, art, music and religious contribution. Their vast heritage and legacy stands stall even today in the midst of growing modernization and urbanization. This is in a way is indication of how vibrant and rich is the history of Rewa, as only enormously rich history can ever stand the test of time. So let us look into fascinating history of this region, which today is known as land of tiger and is one of the important districts of Madhya Pradesh state. 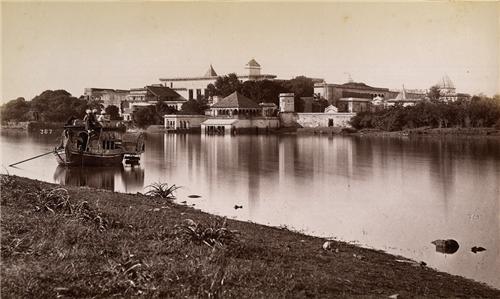 The ancient history of Rewa is not really well documented and therefore not much is known about it. But what is certain is that great Mauriyan Empire had ruled the Rewa region for considerably long time. However, due to lack of archeological and documented evidences the exact events of Mauriyan Empire in Rewa is not known in great detail. After the fall of Mauriyan Empire, local indigenous rulers of Kalchuri dynasties are believed to have rule Rewa from 9th to 12th century. But unfortunately even Kalchurls didn’t leave behind any heritage and legacy in this region and their history largely remains a mystery even to this day.

Rewa history really came on its own during medieval era. This era saw the rise and consolidation of Baghel dynasty, who were from warrior Rajput clans. They were once rulers of Gujarat province, but rise of Muslim Empire in 13th century drove them out and they eventually arrived in Madhy Pradesh region to establish a new kingdom. During this critical phase Baghel Empire was under the reign of king Raja Vyaghradev, who ultimately laid the foundation for mighty Baghel Empire in eastern part of Madhya Pradesh. He first took control of Chitrakoot (now in Chhattisgarh state) and from their begun rapidly expanding his new kingdom. Under this expansion drive Rewa eventually became part of this glorious kingdom. However, exact date and year of Rewa’s merger with this kingdom is still not known. 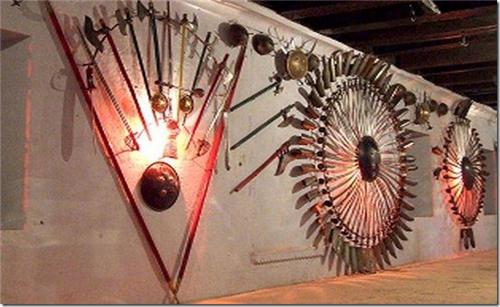 After demise of Raja Vyaghradev many other imminent kings ruled this once mighty Empire, but one king that deserves special mention is Ramchandra Deo. He ruled Baghel Empire from 1612 – 1648. It was during his reign that Rewa and much of Baghel Empire witnessed unprecedented cultural renaissance. No less than great singer Tansen had emerged from this golden era of culture and art. In fact Tansen had learnt much of his Hindustani classical music in Rewa region itself. Therefore apart from being known as ‘land of white tigers’, Rewa is also known as ‘Land of Tansen’. Besides music Rewa also witnessed renaissance in the field of architecture during the reign of Baghel Regime. Rewa Fort, Govindgarh Palace and Venkat Bhavan and few other great monuments were constructed by the various kings of Baghel dynasty.

The beginning of the end of Baghel Dynasty started by the turn of 18th century. The constant family in-fights for inheritance of throne was the major factor that lead to the slow decline of this glorious empire. The Mughal Emperor Akbar, who was till then largely in good terms with Baghel kings, seized this opportunity and conquered Rewa and many other important regions of Baghel kingdom. But Akbar proved to be too generous and conceded back all the conquered regions to Baghel kings. It was obviously the bonhomie that Akbar shared with all the past kings of Baghel Dynasty that prompted him to become generous.

This, however, didn’t help in restoring the yesteryear supremacy of Baghel kingdom and it continued to decline further. The eventual end of this empire came when British Empire started gaining ground in Central and Northern India during 19th century. By the turn of 20th century British Empire, as we all know, had become sole ruler of the entire Indian subcontinent. Although even under British rule Baghel Empire kings continued to enjoy royal treatment, but their rule was only namesake and they didn’t wield any administrative control over its subjects.

Rewa’s modern history can be said to have began to in year 1956, when Madhya Pradesh state was officially formed and Rewa District was obviously made integral part of the state. Since then many major and minor events have taken place that eventually became part of Rewa’s modern day folklore. But the most important event in Rewa’s modern history was unarguably capturing of white tiger in year 1951. This was the first ever White Tiger in the entire world that was successfully hunted down. This historical feat was achieved by Maharajah Gulab Sing, the then Maharaja of Rewa. Since then Rewa came to be known as ‘land of white tiger.

From the above information it can be concluded that Rewa’s golden era was its medieval era. The era that was completely dominated by powerful Baghel Empire. This medieval empire with its significant contribution in the field of art, administration and other important areas deeply entrenched its name in Rewa history. Therefore any discussion about Rewa history would be incomplete without the mention of this empire.