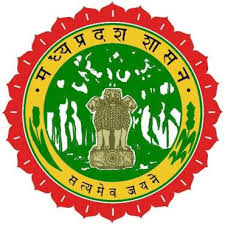 Being a Chief Revenue Officer of entire district, District Collector is unarguably one of the most important administrators for any district. While collecting revenue unarguably remains prime responsibility of any District Collector but he also has to look into other responsibilities. Amongst these other responsibilities the most important being looking after law and order of entire district and supervising implementation of public schemes. {For latest updates, Click here}

Rewa Municipal Corporation in Madhya Pradesh looks after civic amenities in Rewa city, which is actually headquarter and main city of Rewa district. Being a main city of the entire district, condition of civic amenities in this all important city obviously assumes immense importance for economic prosperity of entire district. However, Rewa Municipal Corporation has been facing acute shortage of funds since its very inception, which obviously has had adverse affect on its ability to provide quality civic amenities to its citizens. Nonetheless, overall performance of Rewa Municipal Corporation can be still termed as satisfactory. At least in few important areas like maintenance of roads and street light performance has been pretty good. As for performance in other critical areas like supply of drinking water and health amenities, then corporation seriously needs to think of innovative ways to overcome its fund shortage problem and subsequently improve performance in these critical areas.

It goes without saying that continuous law and order problem in any city or region can lead to complete collapse of administrative set up, which can then entail in loss of properties and even lives of innocent people. To overcome and control such precarious situation Rewa has pretty solid network of police stations all throughout its district. As of today there are nearly 29 police stations in the entire district, most of which are equipped with modern communication system and robust weapon machineries. The overall law and order in Rewa District has always been stable and harmonious and for such commendable performance all police stations and police officials of Rewa District surely deserves token of appreciation.

Who's Who in Rewa

If any ordinary citizen wants to bring any civic development or want to address any problem plaguing his city or district, he or she will have to know important local administrators. After all without the help of important local administrators it will be almost impossible for any civic conscious citizen to bring any desired impact in his city or constituency. Here is All civic conscious citizens of Rewa will find names and contact information’s of District Collector, Superintendent of Police and all those administrators who have significant bearing on day-to-day civic administration of Rewa.

In the end it can be concluded that each of the three administrative bodies mentioned above have done more than decent job in fulfilling their due responsibilities. Rewa Municipal Corporation, however, still has to do lot of catching up to do in improving its efficiency and thereby play more productive role in civic administration of Rewa city. This can be possible only if it manages to maximize its revenue via tax collection or receives temporary financial assistance from state government.